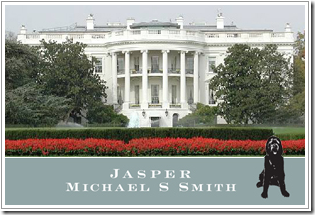 A few months ago, I was told by someone – a “reliable” source – that Michael Smith was no longer the Obama’s interior designer.  The source was a tradesman, head of a specialty finish job being done in the President’s private quarters.  When I wrote about the rumor, I specifically asked - “Is this true?” - rather than state that it was.   At the time my source, and I, truly believed that the world would know in 24 hours what this tradesman claimed to know.   As time went on, even with a reconfirmation of the rumor, I felt more and more uneasy and pulled the article from my blog. Today, a reader sent me a link to a story about Michael Smith that seems to confirm he is still firmly on the job, which I think is fabulous news.  As everyone knows, I named Smith to the Cote de Texas Top Ten Designers list – so obviously I have great respect for him and his work.   Today I publically apologize to Michael Smith for questioning his standing on the job.   And I apologize to my readers.  I truly wish I had exercised more control.    I am not a reporter, but in hindsight, I wish I had gotten the report from two sources, as any reputable journalist would do.   My only saving grave is that I posed the question, rather than state it as fact.  It is very easy to say you are wrong when you are truly very wrong and it’s even easier to apologize under that circumstance.   I learned an important lesson which is -  from here on out, I will only report something that I can confirm myself from two independent sources – though I don’t expect to be given any more “scoops” of this magnitude!   So, onto the good news concerning the White House and Michael Smith:

On Wednesday, October 28 at 6:30, Mr. Michael Smith will present the authors Ulysses Grant Dietz and Sam Watters who recently wrote the book “Dream  House:  The White House as an American Dream.”   The event takes place at the Library at the General Society, 20 West 44th Street, New York,  and is a benefit hosted by and for the Institute of Classical Architecture and Classical American.  Peter Pennoyer Architects are sponsoring the event.

According to the press release:    The authors “begin with George Washington’s vision of a country estate and how it evolved and changed through decades of interior renovation, rebuilding, and landscaping. Ulysses Grant Dietz, a direct descendent of President Ulysses S. Grant, is a leading authority on American decorative arts and Sam Watters is a scholar of American Buildings and landscape before 1930. Their recent book on the subject of the White House is published by Acanthus Press and will be available at the lecture.” 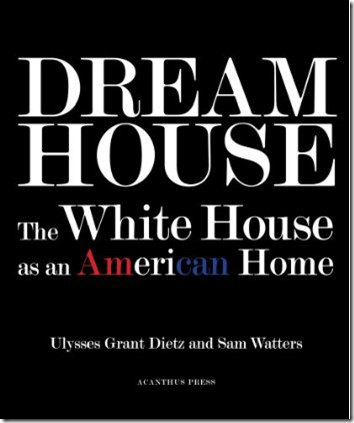 The book, Dream House:   The White House as an American Home is available for preorder here.

As is obvious, it seems highly unlikely the rumor is true, judging solely from this forthcoming event.  Design blogging is a relatively new medium, slightly over five years old – but exploding in numbers these past two.   I still have a lot to learn and am not ashamed to admit that.  Hopefully, others will also learn from  my mistakes.   I sincerely hope my apology to Michael Smith and the readers will be accepted.   As we say in Austin – onward through the fog!

Posted by cotedetexas at 6:34 PM