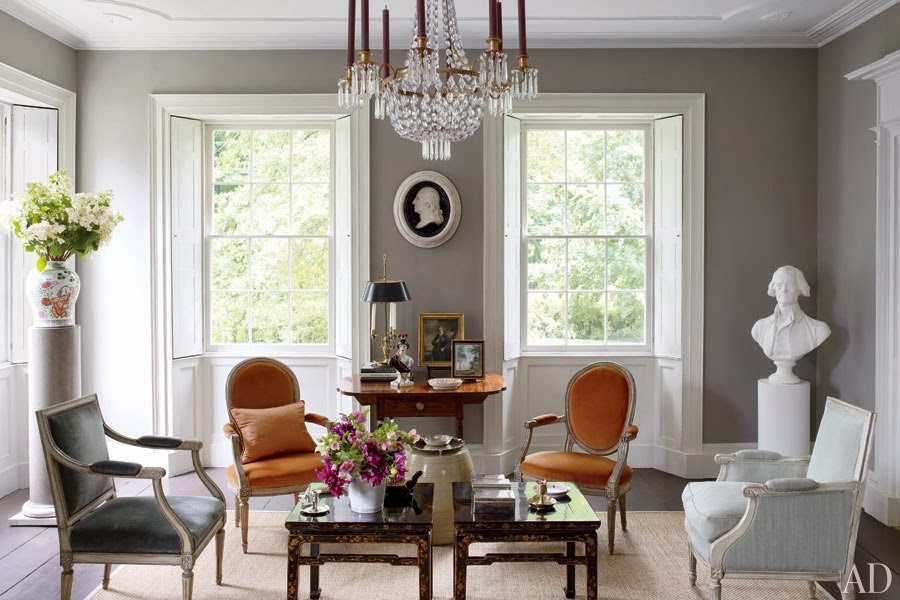 WARNING:  This blog story has NOTHING to do with interior design!  So, please indulge me this one time!
A friend sent me a Youtube video of a baby girl intently watching while her mother sings her Sara Evans’ hit song “My Heart Can’t Tell You No.”  This amazing and wonderful video has gone viral with millions of hits and last week even The Ellen Show joined in and had the baby and her parents on the program.


What made the video so special was that while her mother sang her the song, the 10 month old little girl began to cry – not because she was hungry or colicky - but because she was so moved by either the melody or her mother’s voice hitting the high notes. 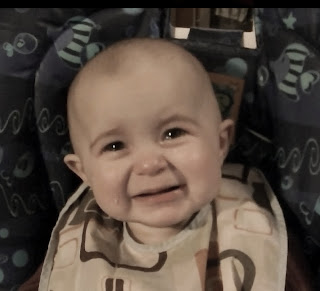 
Everyone knows that certain music can elicit tears – but from a little baby?


That video reminded me that a few years ago I had written a blog story about music and why it makes us cry – but I never published it since it had nothing to do with interior design.  But now this video has inspired me to pull it out and freshen it up a bit.


Why DOES music make us cry?  Is it the melodies or the words or both?   Classical music with no lyrics can bring on the floodgates, and listening to music in a foreign language can also make you weep.  Is it the high notes that bring on emotion?


Twenty years ago, the British psychologist John Sloboda conducted an experiment on why we are moved by music.   He asked people to write down the passages of songs that made them either cry or have a physcial reaction, such as goosebumps.  There were 20 passages that induced tears and Dr. Slobada analyzed them - noting this trend:  18 of the passages contained an "appoggiatura" - a note that clashes with the melody to create a dissonant sound.   This sound creates tension in the listener.  When the notes return to the melody that is expected, the tension resolves, and it feels good.  At that point, the listener may experience chills.  If there are several appoggiaturas occuring next to each other in the melody - this will generate a cycle ot tension and release which provokes an even stronger reaction - and thus, tears.


I thought it would make an interesting discussion to have you see what songs make me cry and then you can leave a comment with your own choices – and we can all enjoy listening to some wonderful music.


In putting out my list - I realised how personal it really is.   Some of the songs are from my childhold, some from when Ben and I first met, and others are those I have enjoyed during sad times.  Another warning – I have a very eclectic taste in music!!

So, get out your hankies – but try not to cry too much!

I Don’t Want to Live Without You by Foreigner

This was a favorite of Ben’s and mine.  We would watch the video and just weep at both the lyrics, the images and the music.   Of course back then – we were in the throes of our great passion and this was “our song.”

Keep me in Your Hearts For Awhile

Warren Zevon wrote this song when he was dying of cancer.  It’s a love song to his family.   Enough said.

This song by Lily Allen, Chinese, is a love song written for her mother.  The English Capital Childrens Choir singing this song makes it all the more sweet.


The Book of Love

It’s hard to pick ONE Peter Gabriel song that makes you cry – so many do because his voice is just so beautiful.  This song, The Book of Love, is so emotional – I can listen to it over and over again for one hour straight.

OK I know this is a cliché.  But is there a better break up song to cry to than this?  No.  I didn’t think so!   This song inspired the Wall Street Journal to write an article of why songs make us cry!

My all time favorite Christmas song – by Joni Mitchell – the 60s singer songwriter who just celebrated her 70th birthday.  A total tearjerker – caused by her lyrics and the notes.


I dare you not to cry at this one!   Sarah Brightman and Andrea Bocelli’s Time to Say Goodbye.  I know it’s an easy choice,  but it’s so incredible.

Oh God, this song by Nanci Griffith is a killer about farmers - “you’ll be the mule, I’ll be the plow, we’ll work it out – there’s still a lot of love here in these troubled fields.”  Not sure why a song about the dustbowl makes me cry, but it’s the combination of the lyrics and her vocals.

This song, by my all-time favorite band, The National, is heard at the end of the movie Warrior.   I’m never sure if it’s the movie or the music that brings on the tears.  If you aren’t familiar with The National which features the fabulous baritone of Matt Berninger, the dual guitars of the Dessner twins, and impeccable percussion by Bryan Devendorf, I can’t recommend them enough.

A college boyfriend introduced me to this album by Frank Sinatra "Old Blue Eyes is Back."  So many great songs are on it – and his voice was so fabulous at this age.  Of course, college love make you cry over songs like this – Dream Away – written by Paul Williams.


Oh such a sweet song about a dying man - with all his faults - and how wonderful he is despite it all.   The King and I's Something Wonderful - sung by Carly Simon.


OK, OK - Bella's Lullaby from Twilight!  Of course!   Carter Burwell wrote this underlying song for his wife when they broke up.  When he was asked to write the soundtrack for the first Twilight movie, he asked his wife's permission to use their "love song" which she of course gave.  He didn't write the score for the second or third movie in the series, but, he was brought back for the final 4th and 5th movies - where he wove this love song throughout the soundtracks.  It's a beautiful melody.

This song sums up so much - growing up with the Beatles in the 60s,  John Lennon’s untimely murder – and this pure long song to Yoko whom I think the entire world hated, blaming her for breaking up the Beatles.  John didn't care – the bad press seemed to make him love her all that much more.  This song came out after he had been shot by a deranged fan.   John had such a beautiful voice.  I know many people thought of the Beatles as John Lennon and Paul McCartney - cowriting all the songs, but when you really know their individual voices you can tell who wrote which song.  John was the real talent there - in my opinion.  His Dream is one of the prettiest songs ever written – especially with his falsetto soaring  HERE. Imagine.  Julia.  Dear Prudence. Across the Universe.  I’m Happy Just to Dance with You, I Should have Known Better, Nowhere Man, Please Please Me and so many others.


There is something about the falsetto voice of the rarely heard Eagle Timothy B. Schmidt – who also wrote this song – that tears me up each time I hear it. It is one of the few songs that both Ben and I love.


My favorite female singer songwriter, Ani di Franco.  She’s an acquired taste, but this song – the lyrics and the melody – gets me every time.   di Franco is an incredible woman in the music industry.  She refused to sign with a record label and did it all on her own, creating her own label.  In doing so, she lost out on a huge career, but she is a critic’s darling and has never once had to compromise her vision or art for the big bucks.  Yeah, I am a huge fan.

So many great songs are from Funny Girl, which me and my family actually saw on Broadway back then!  But, My Man, still gives me goosebumps and tears when Barbra sings goodbye to bad-boy Nicky Arnstein.    Barbra is famous for tearjerkers, but this one is my personal favorite.


There are so many great Dave Matthews Band love songs – Satellite, Crash, You & Me, Baby Blue, Grace is Gone,  that bring on the tears.  It was so hard to decide though between Crash or Lover Lay Down

Touch your lips just so I know
In your eyes, love, it glows so
I'm bare boned and crazy for you
When you come crash
Into me, baby
And I come into you
In a boys dream
In a boys dream
If I've gone overboard
Then I'm begging you
To forgive me
In my haste
When I'm holding you so girl
Close to me

or when Dave starts telling her to hike up her skirt, a little more -
well.. DAVE!  He is the epitome of the sexy rock god.

So although my first choice was Lover Lay Down, I had to go with Crash Into Me.  But I put them both on here anyway.  Who can choose????

This one is so personal.  Elisabeth, my daughter, was a huge Spice Girls fan.  We took a limo to see them in concert and she even had a Spice Girls birthday party with a fake Spice Girl that totally fooled her.  This song that the girls sing to their mothers in the audience against the backdrop of their private home movies was a killer for me.  I never make it through without crying – even ten years later.  Even writing this.


So this is a small compilation of music that has effected me emotionally through the years.  I tried to edit the list to keep it manageable and I know there are much better choices that I have forgotten about or just didn't think of.

I would love to hear your favorite songs that bring on the tears or the goosebumps or just good memories.  If you have a link on youtube to the song - include it in the comment.  If  not - don't worry - we'll find it ourselves.