There is a new crop of design books just out this month – here are three of my favorites: 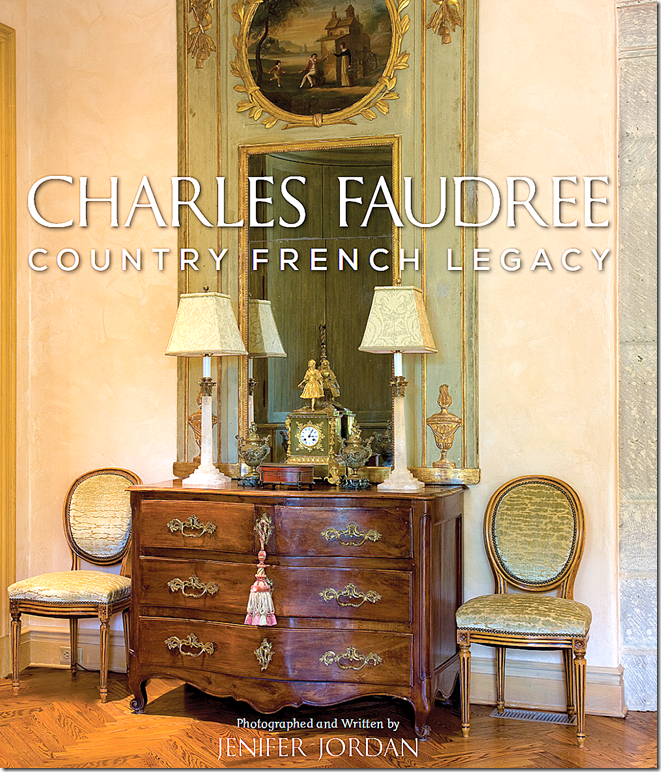 The first book is a tribute to the much beloved, late Charles Faudree – interior designer from Oklahoma.  The book was written by his close friend and photographer Jenifer Jordan.   Jordan shot five of Faudree’s design books and a number of his magazine pictorials  - starting with a Christmas story in Traditional Home.  This book is a tribute to Faudree’s memory – Jordan writes lovingly of her friend, telling us of his keen sense of humor, his love of people and his devotion to his craft. 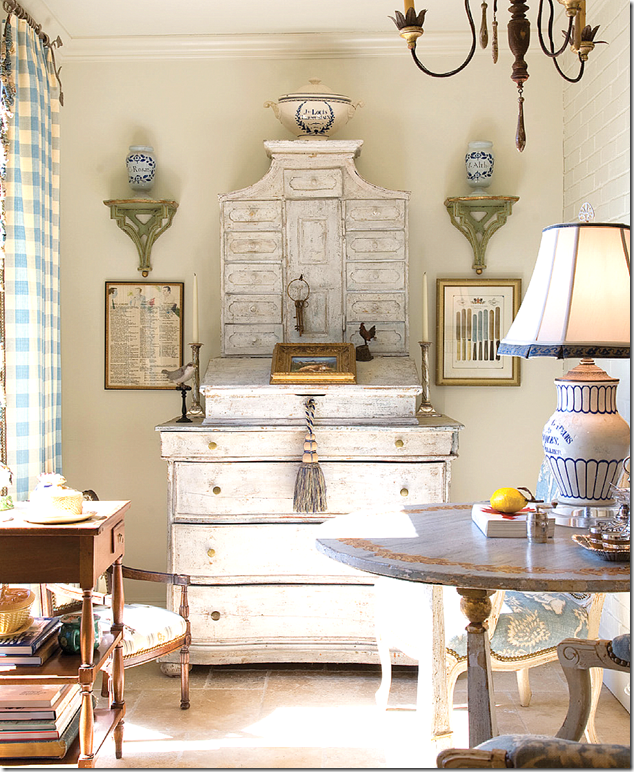 The book is filled with quotes from his large circle of friends and peers, which makes it a great read. 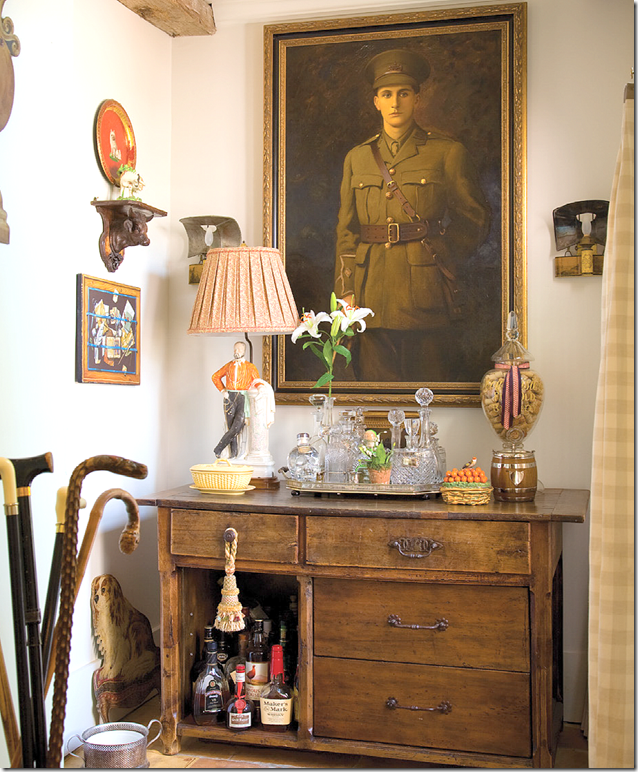 The photographs are by Jordan and the book is filled with her beautiful images of his work from the very beginning up to his newest projects. 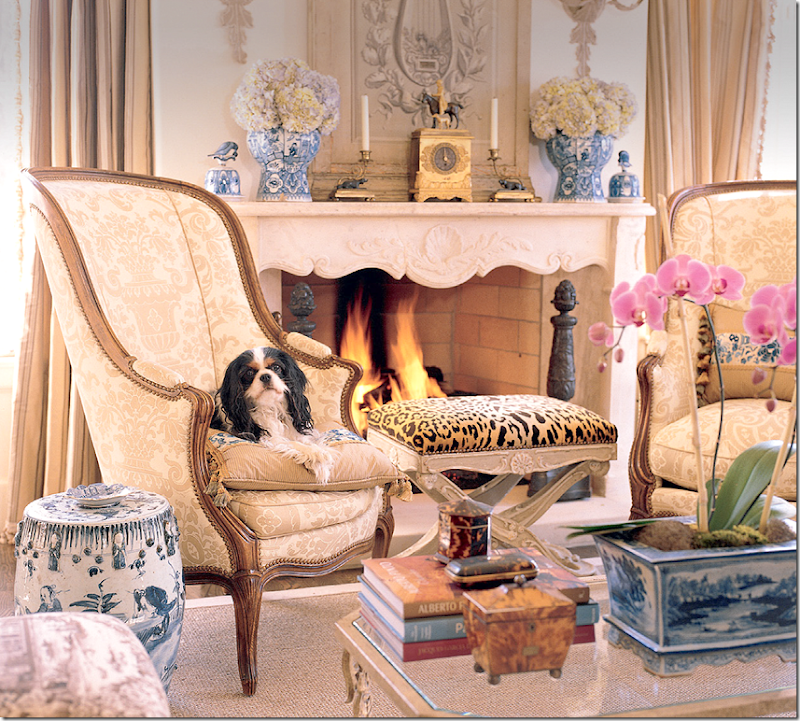 Charles Faudree helped to introduce the world to Country French design.  His early pictorials with Traditional Home were gorgeous and captured the attention of design devotees everywhere.  He revived the style and is considered the guru of Country French.   His own houses – he moved, often - were examples of some of his best work.

A kind, sweet man – we lost a great talent.

To order,  you can click below for Amazon – books will be shipped starting this Monday:

You can directly order an autographed copy from the author, Jenifer Jordan,   at: 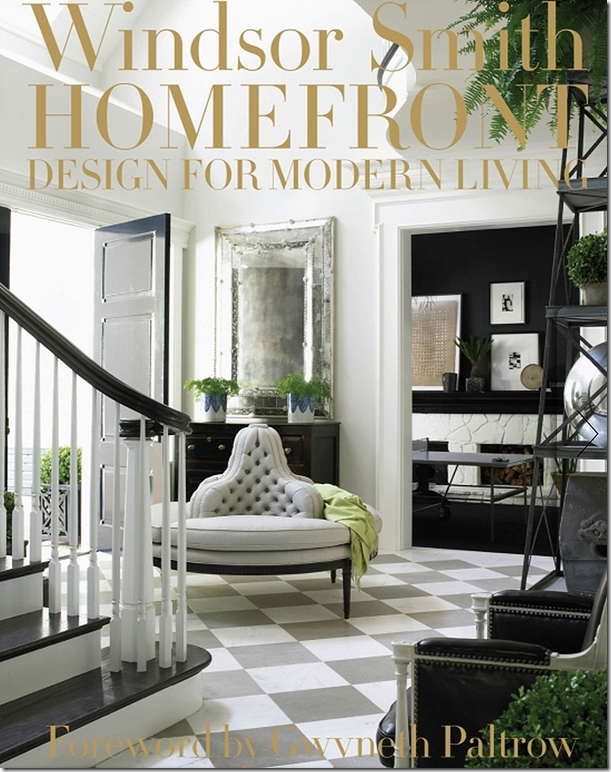 Next – interior designer Windsor Smith has written her first design book, along with a forward by Gwyneth Paltrow.  Gwyneth actually bought the beautiful house that Windsor designed for Veranda. 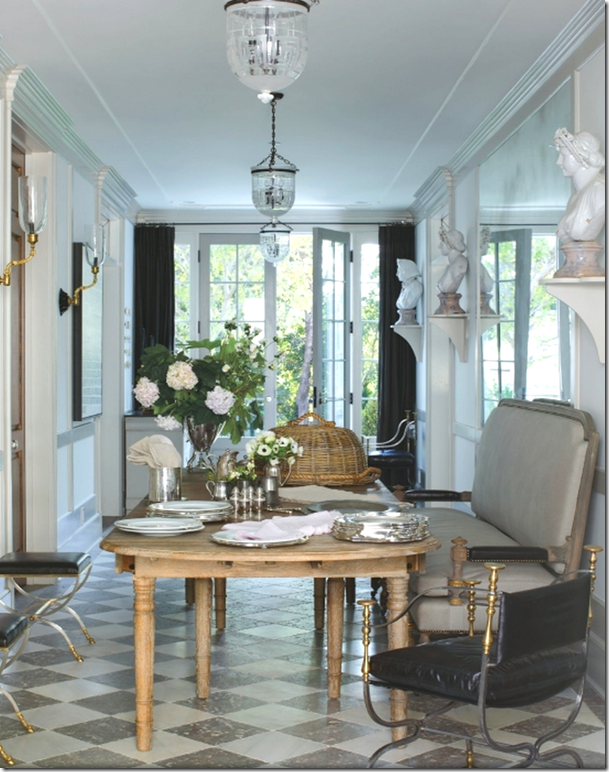 The book is a compilation of Windsor’s work through the years. 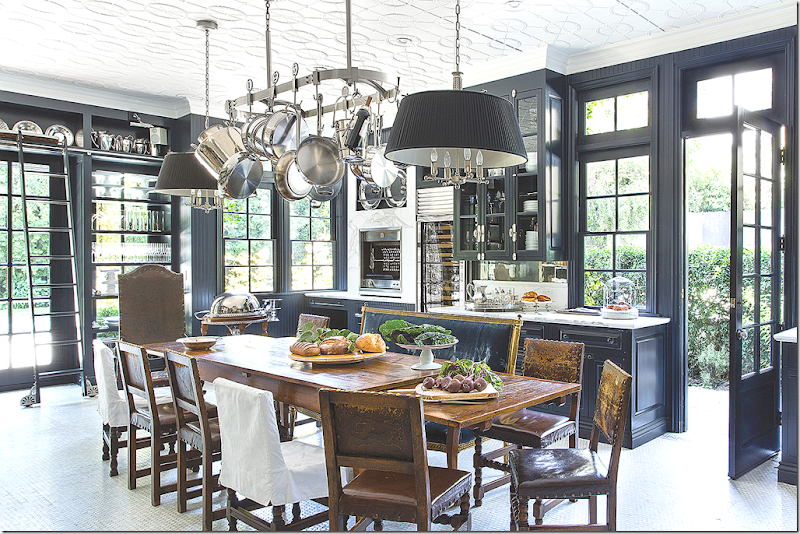 The photographs are beautiful and the book is filled with tips from Windsor.  I love her style – here, around the large antique table,  she mixes leather chairs, slipped covered chairs and a wonderful gilt bench.   The dark blue cabinets - to die for – are paired with white marble and silver finishes.

In the end – this kitchen is neither trendy, nor dated.  It is completely original – just like all her interiors shown in this book. 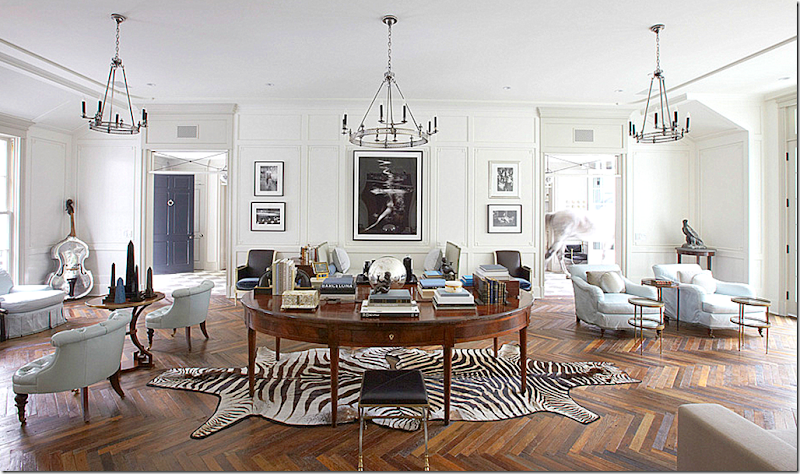 And the Veranda house that Paltrow bought – with its rich herringbone floors.  I adore the huge center table with the double zebra underneath. 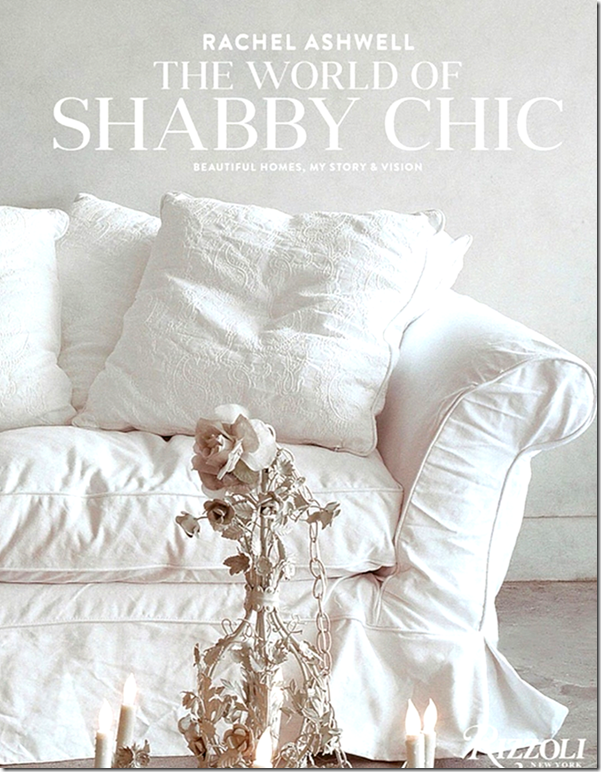 And finally, there is Rachel Ashwell’s latest,   The World of Shabby Chic. 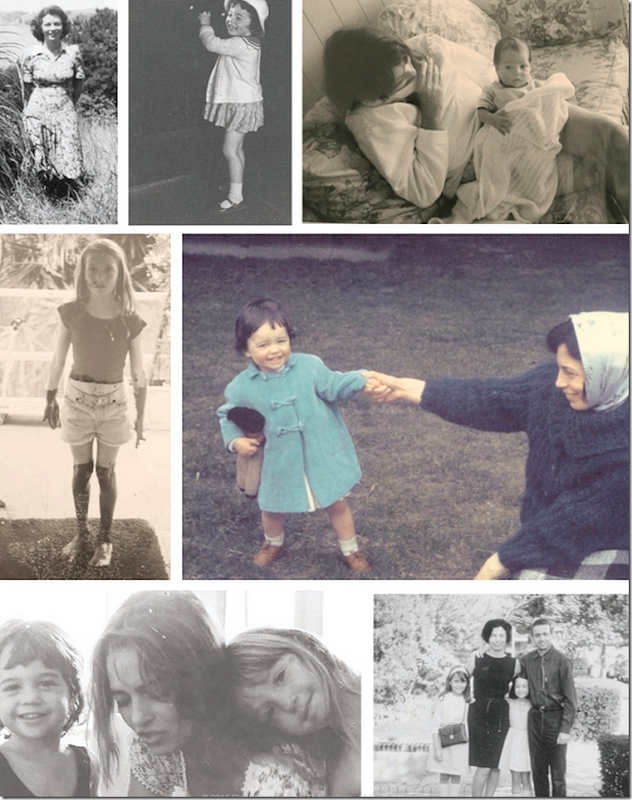 At first glance, this books looks like another Shabby Chic book with dreamy photographs and Rachel’s familiar aesthetic of pink and green and blue and white slipcovers. 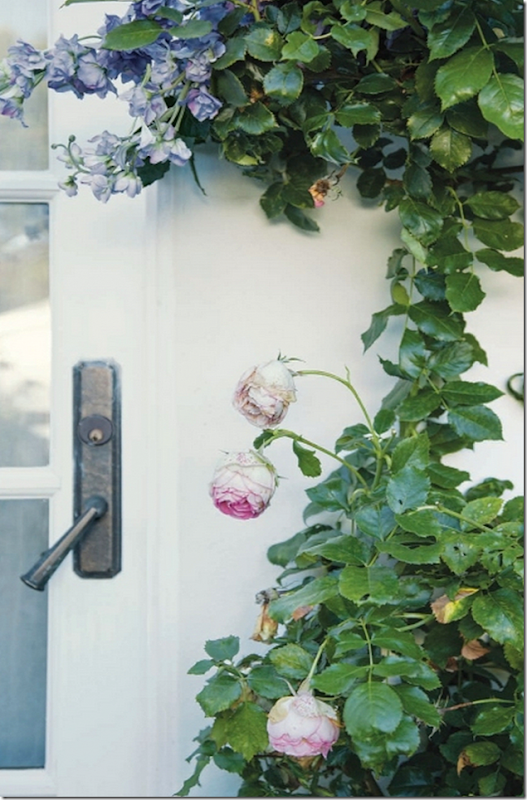 Instead, the book is a memoir by Rachel that tells the story of how it all began – from her childhood in England to her life in Los Angeles where she developed the world recognized brand – Shabby Chic. 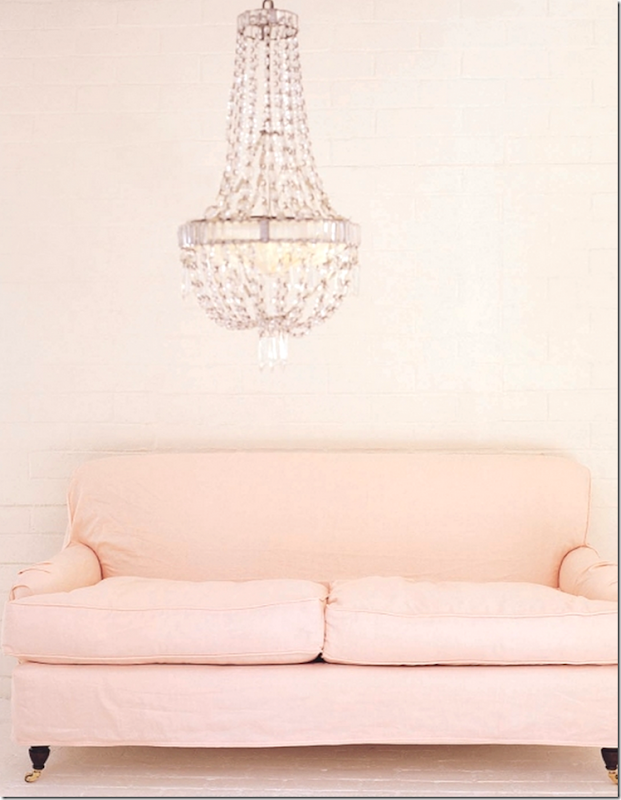 And, she tells the story of how she almost lost it all,  from her divorce to her company’s bankruptcy, and all the warts in between.

Rachel has always skirted around the particulars, keeping her life as private as she could.  But here, she rips open the shades and lets us all in.

If you’ve ever wanted to know “more” – this is your chance.  Take it!

Posted by cotedetexas at 4:04 PM